Recovery Rate and Depth with The Equinox

Recovery Rate and Depth with The Equinox 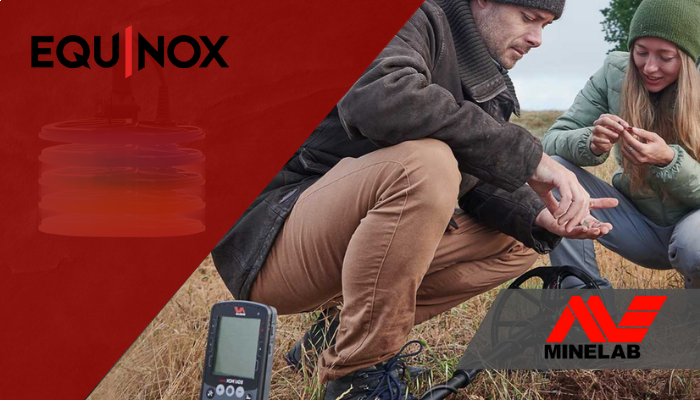 For many years multi frequency had the reputation of being deep with a big trade off in recovery rate; they were rather slow.
To compensate, users would use minimal discrimination and add audio processes to analyse all targets under the coil, listening for non-ferrous targets amongst the iron. `Good’ users were those who could process all the sounds and recognise to diggable targets... brain power secondary processing!

The main reason that early BBS and FBS detectors were so slow was down to the processor power of the electronics. As models advance, so did their electronics’ processor speed, the last machine (and best) being the CTX3030, which still remains a current model after more than 8 years.

Two years ago Minelab released the Equinox 600/800, and in the time since the CTX3030, electronics had made massive advances off digital products like smartphones.
Multi-frequency didn’t have to be slow anymore, and this gave rise to Minelab’s growing MultiIQ family of metal Detectors.

So why do we need detectors with fast recovery rate? Simply to allow the machine to separate targets close to one another. This can be two solid targets next to each other (e.g. nail and coin) allowing the detector to analyse each target individually. Or to stop a target’s response being blanked-out (swamping out) by ferrous materials in the ground (Fe oxides).

Equinox 800/600
The main reason for writing these blogs is to bust a few myths that have sprung up since the release of the Equinox.
I’m guessing these started by people trying to squeeze extra depth, be it doing an air test, or swinging a coil over a testbed where a target’s location is known.
Yes if you drop the recovery rate to 1 during an air test the depth will be a lot deeper. Same with testbed tests; if you know where the target is any noise means you’ve detected the target, right?

The troubles start when you try those `low recovery rate’ settings on a real field with ground mineralisation and searching for targets you don’t know are there.
In these situations the machine has become so noisy with false signals and corrupted target responses, you would’ve been better off leaving the machine in factory settings.... which by the way were designed by Minelab’s testers to give new users a head-start.
I would highly recommend that users keep the Equinox 800’s recovery rate at a setting of 6 (Equinox 600 at 3) by default. This is good for 90% of your sites.

The only time you’ll probably need to drop the recover rate is on ground with low mineralisation where the targets are at extreme depth. These sites are typically long-term pastures, and here I usually drop the recovery rate to strengthen the target responses. A setting of 5 is usually best and occasionally I’ll go down as low as 4.
As you drop the recovery rate the target responses will get stronger, but the trade off is the mineralisation/iron contamination will pollute the audio response, often making a good target sound like large iron.  It’s not surprising that users using low recovery rate (1-3) often complain they are digging lots of iron, everything sounds like iron to them!

And one of the biggest myths is that the lowest recovery setting of 1 is the deepest setting, often it’s no deeper than 6 because those extra targets aren’t recognised as `diggers’. Even worse than that is that deep faint targets you hear at a recovery of 6 often can’t be heard at a recovery of 1 in a real-life detecting environment.
Anyone sharing their programs which run the recovery rate at 1-2 as a default setting, are causing so much damage to the reputation of the Equinox detectors. They've caused so many users to sell their Equinoxs, because they can’t handle to ridiculous noises their machines make at those settings.
So as a default, keep recovery rate at 6.

I’ve included a video to better understand what I’m talking about, you’ll find it here:

On pasture where everything old is over 12” deep, I pick out 14s and above to dig.
You’re unlikely to detect a hammered cut quarter with a TID of 8 at 12”, so any TIDs of 8 are most likely going to be modern surface targets and ignored.

Settings used in video
I wouldn’t get bogged down in anyone’s program, I change mine to the site I’m searching on the day.
In the video I was in factory field 1 and adjusted  iron bias FE to 2, I left the ground balance at zero.
Two tone -  Volume of tone 1 was 1 and the pitch of tone 2 was adjusted to 22 (Break point 0).
Sensitivity was 24. I then searched in all metal (horseshoe button) with threshold of 6.
But what works for me might not work for you, so adjust iron Bias and audio to suit yourself.