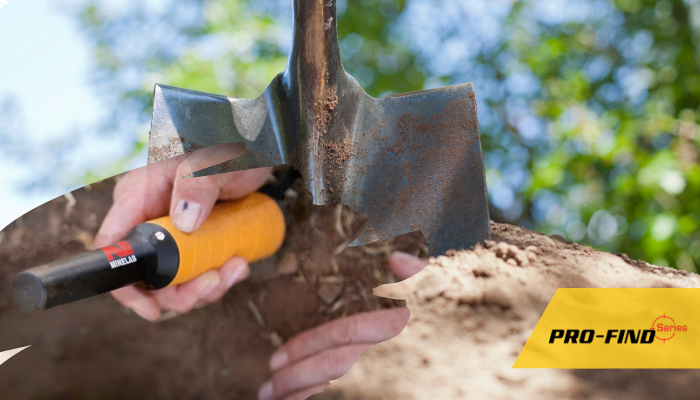 I first experienced strong pinpointer interference while using the GPX 5000 and a large mono coil, searching for single coins buried at depths of over 18".  At these depths on such small targets, I need to have everything running as quiet as possible.  So when I started getting a faint target response on every left-swing of the detector, I realised something was falsing the detector.I checked the usual things; Mobile phone, shoes and even removed the coins from my pocket, but still the falsing continued.  It was only when I swung my non-Minelab probe 3' from the coil the penny finally dropped.  The falsing was from a switched-off pinpointer I was wearing on my belt. Later I compared three non-Minelab probes and the Pro-Find 35 over various metal detectors.  I soon realised I would never use a non-DIF probe again!  Extra noise is just not acceptable if you're trying to get the best out of your "top of the range" metal detector.While in Australia I recreated a shorter test for Minelab showing a top competitor's model being swung over a GPX 5000, after first trying the Pro-Find 35.

You can see the test here: