Minelab Equinox 3.0 Update and The Charles I Shilling

Minelab Equinox 3.0 Update and The Charles I Shilling 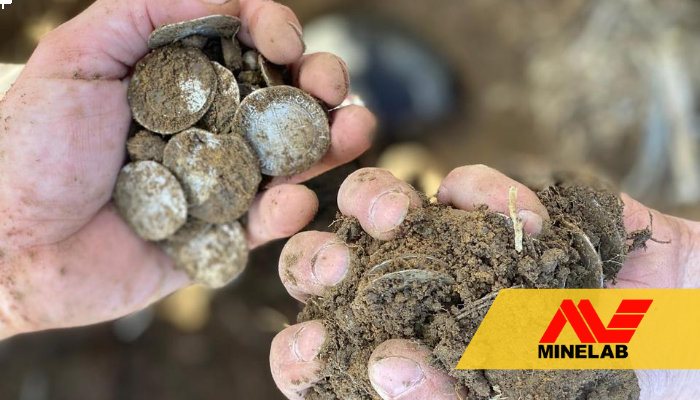 The Minelab Equinox has already benefited from a couple of upgrades, these have been to fix bugs and add extra functionality.

The latest upgrade is v3 and is a big improvement over previous versions. Not only does it add an additional NEW`standalone’ frequency, it also refines the entire detector, making it run a lot smoother and quieter.

The biggest change in version 3 of the Equinox software is the new single frequency; 4KHz. This new frequency is NOT included in the multi IQ function, it is literally a highly refined standalone single frequency designed primarily to find deep silver coins and artefacts. This may sound like a minor improvement, we already have a 5KHz frequency, so it can’t be much different... can it?

For me this was answered when I was recently asked by Luke Mahoney to help recover stragglers from a large English Civil war coin hoard near Lavenham Suffolk.

The hoard area had been searched by various machines including two Equinox running the old software. By the time I was asked to join the recovery, coins were getting hard to locate after many hours of detecting. The coins are hammered silver and heavy, so Multi-IQ or a low single frequency was going to be the way to go. Low frequency transmissions are less sensitive to small targets (e.g. small hammered farthings) but are great at penetrating the ground to find large high conductive targets like large silver coins.

I started searching with my Minelab Equinox using the new 4KHz, and running with the 15” elliptical coil. Straight away the site became productive in the main hoard-hotspot area. Through the first day the new software found 24 extra coins, while two other machines using the old software only found an additional 5 (away from the hotspot area.)

On Day 2 signals were even harder to find, so I tried various adjustment to eke out the slenderest of advantages. Turning up sensitivity increased noise, slowing down recovery mixed target responses with iron tones. I had tried ground balancing (GB) on day 1 but found hotrocks and pottery shards We’re chattering  when searching. This is usually what happens using auto GB and the reason I normally set the ground balance Manually at `0’, at this setting a ferrite rod balances the detector.

Although zero was normally my default go to setting for Ground Balance to run quiet, I thought there could still be a bit of extra performance if I could get a correct GB and balance it with sensitivity and The optimum recovery speed.

So after some experiments over a buried target, I set up my Equinox with a recovery of 6 to eliminate mixed tones, set the sensitivity to 23 (highest possible before chattering). Set 4KHz and ground balanced several times on various areas, settling on a setting of 48. These were the perfect settings for this site, soil and conditions. I started searching and was immediately getting typical double-blip repeatable responses from hotrocks, iron and pottery shards. These were easy to identify as they gave negative or no target IDs. I eventually received a soft high pitch response with a target ID of 28, and digging down found a large Charles I shilling. About a foot away I heard a similar target, and after digging, refilling and digging the hole again, I eventually dug a Lizzy sixpence. The new setting we’re working well! The two new coins were found on the original hotspot area, so I decided to go over it again at 90 degrees to the previous search (and plough direction) to see if anything else could be winkled.

Sure enough, I got the faintest of responses with a target ID of 40. The dog recovery was particularly difficult as at no point could I locate the coin in the hole. Just when I was beginning to suspect the target was a strange false signal, I called Daniel over to put his Equinox’s 11” coil in the hole, to see if there was any sign of the signal. “Hell yes” he said, directing me to its hiding location. I then increased the holes size On one edge and spotted a halfcrown on edge at the bottom of the hole at just over 10”.

I know a lot of people are reluctant to upgrade their detector, especially if they are being successful. But I have to say you’d be mad not to! Not only is the detector more refined with less noise, the new 4KHz single frequency gives you an extra tool in you detecting armoury.